A downloadable game for Windows and Linux

In Warrior Vania you explore different maps in a beautiful 2D world that is oriented from top-down in 4 directions. The gate to hell has been opened and the light of the world has been extinguished. The world is very dark and as a warrior it is your task to find out what this darkness is all about and illuminate the altars from Warrior Vania and restore the light of Warrior Vania. Defeat monsters and frightening creatures as you make your way through Warrior Vania, collecting rare resources and creating powerful potions to defend the gateway to hell.

On your journey through Warrior Vania, the adventurer can activate altars that allow him to restore light to a specific area. Find hidden locations, unlock secret paths, find treasures, artefacts and encounter fearsome monsters in Warrior Vania as you make your way through all habitats to restore the light of this world. 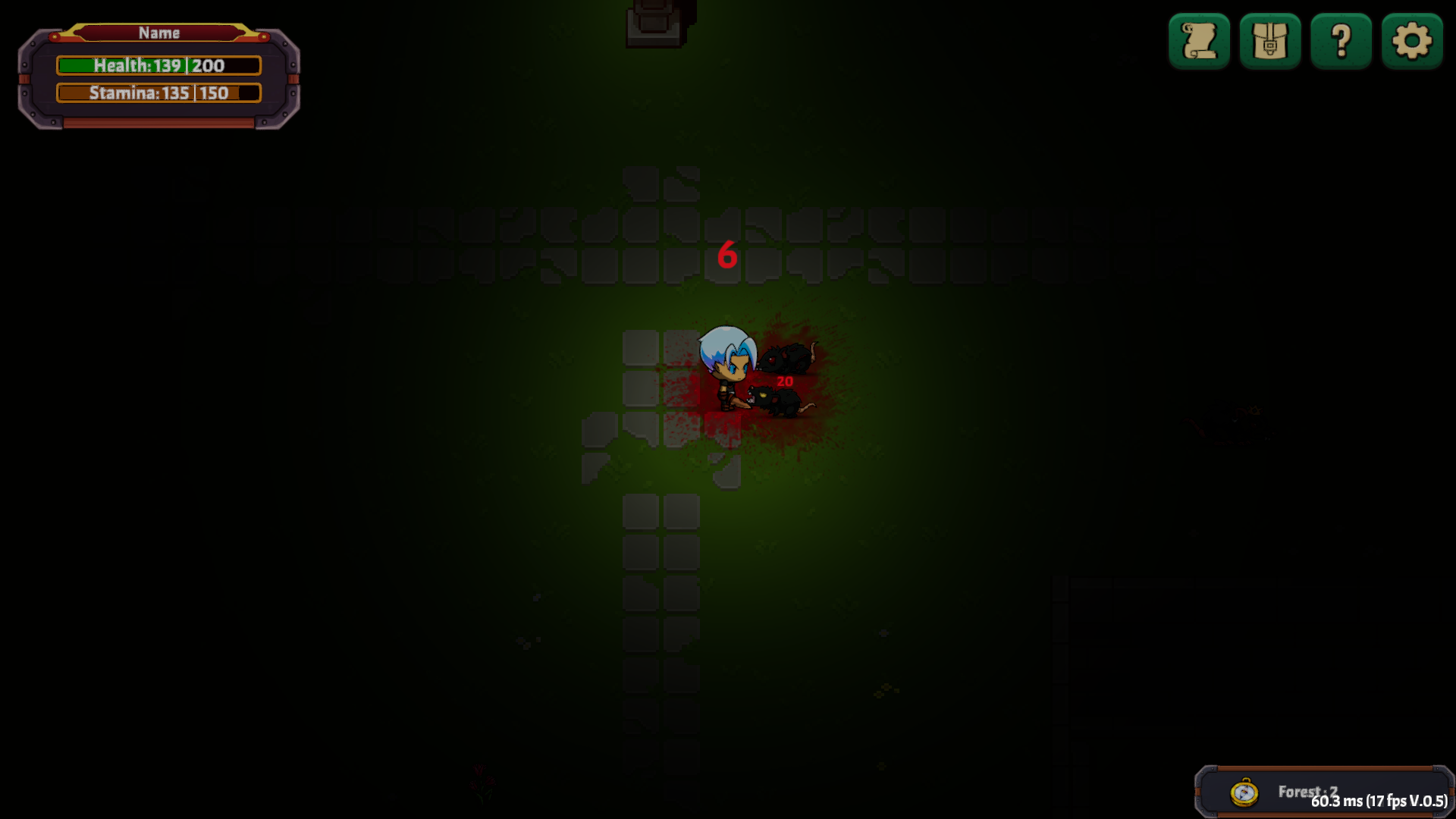 Find different creatures and monsters on your way and fight them directly. With armor and weapons, other items and recipes, you can improve your character's attributes and unlock conditions and achievements to become stronger so you can take on stronger enemies and even the big boss creatures.

Design your own character and choose a name to personalize your Gameplay for Save and Loading.

With Resources there can be powerful Potions brewed and the Character can be evolved. The Alchemy recipes can be found in the entire World of Warrior Vania.

With Weapon and Armor crafting you can constantly Increase the Power of your and your Castle Defending Warriors.

Castle Defending and Door to Hell

After take over the castle, the castle has the task of controlling the gate to hell.

With the resources collected and the gold found, the Stone of Light can be Improved and Parts of the Castle can be Upgraded.

On the Hell Gate Region, enemies keep appearing over time, attacking the castle and trying to Destroy the Stone of Light. You can defend the gate yourself, build defending structures and hire adventurers to equip them with found or self-made equipment to defend the borders to the gate of hell.

Repair walls, make potions, heal and strengthen hired or trained adventurers and defend the gate to hell! And get beyond the Hell Gate.

Final Condition: In Order to Mark the Game as Won, all Altars of Light in Warrior Vania have to be Activated. The Game goes then in a Endless Condition and the Game End Condition gets deactivated for Endless Playing.

Reset Condition: When the Stone of Light breaks, All Altars of Light in Warrior Vania will be shut off again. (Soft Game Reset)

Revisiting the maps will refresh them and make resources and creatures appear anew. There are Random Artefacts located on the entire World of Vania and you need a Shovel to burry them out. 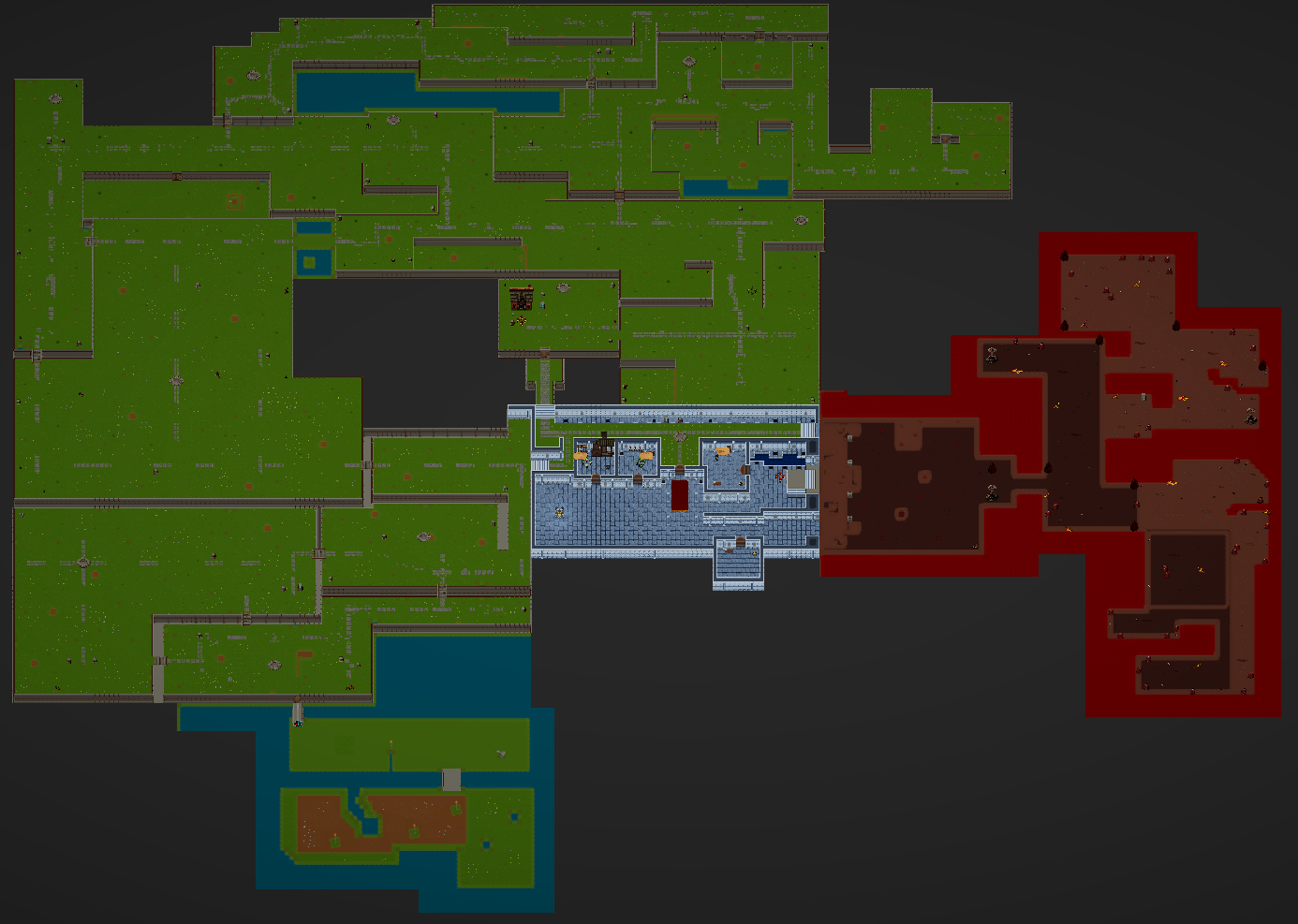 Maps can contain Items or Objectives with are need in order to progress in the Game or Unlock secret or blocked Areas.

Certain areas are blocked by gates that can be unlocked with keys which can be found in the world of Warrior Vania. Then there are elemental blockers that block the way to certain areas of the world. These can be overcome by mixing the right potion and give the warrior immunity to the element.

Collecting resources gives you materials for crafting. There are different types of herbs, wood and minerals on the maps that need to be collected to progress in the game.

Find recipes in barrels, monsters and create potions that can even increase your Strength!

Resources can be found and harvested in the World and bought from the Shop in the City.

Character attributes can be improved through various means such as items and potions. The corresponding items can be found and crafted in the world of Warrior Vania.

We have a gigantic Idea for this.

Plenty of Achievements in Warrior Vania called Conditions can be unlocked while Exploring the Lands of Warrior Vania.

On the adventure through Warrior Vania, teleport stones can be found and activated in some maps. This allows for quicker travel from area to area.

Warrior Vania Prologue was created during the 30 Day Game Jam period of Metroid Vania Jam 15. The entire game design started with the announcement of the theme: Alchemy.

Metroidvania is a subgenre of action-adventure video games focused on non-linear and utility-gated exploration and progression.

The goal for us was to create a Top Down 4 Directional RPG Game that meets the criteria of the Metroidvania Game genre.

You can Play Warrior Vania Prologue for Free.

Try it out and tell us what you think of the game.

A Fantasy Metroid Vania Style Game that involves the Player in Battles, Item Collecting, and Puzzle Solving in a Open 2D World with Castle Building and Defending. 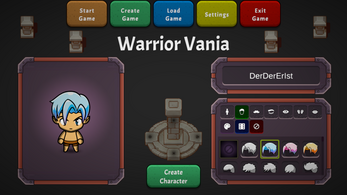 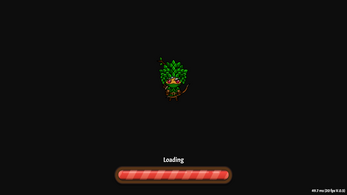 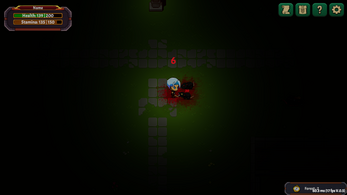 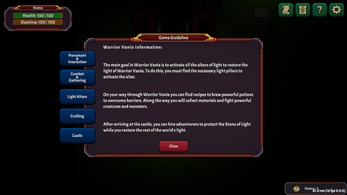 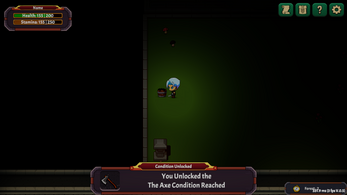 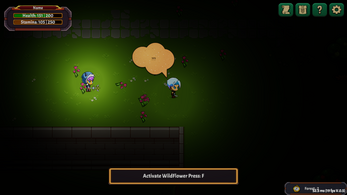 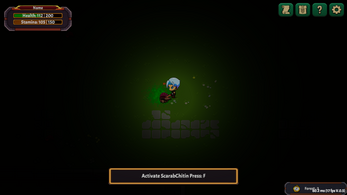 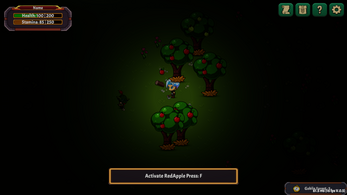 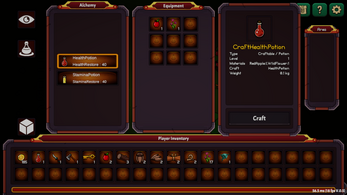 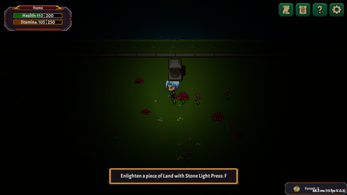 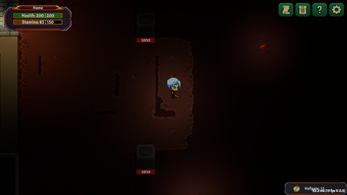 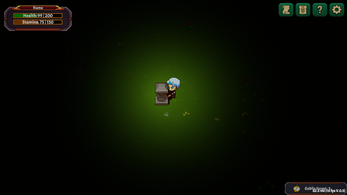 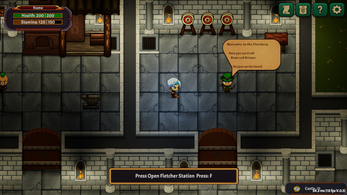 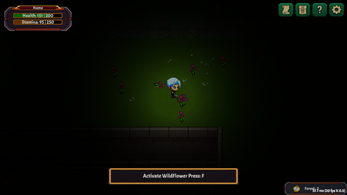 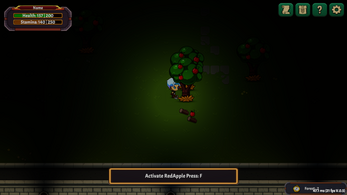